Fetch have started rolling out an update to Optus Fetch set top boxes on the 24th of August.

The update software is called 3.10 Abercrombie.

Mighty (Gen 3) & Mini will only receive this update. Customers using a Generation 2 Fetch box will remain on 2.26.

This update has changed the set top boxes in multiple ways. Below are a few of the bigger changes;

24 hour reverse mode which gives the ability to go back 24 hours in the TV guide to watch shows that have already aired.

Please note: Fetch do not have the rights to all shows for reverse mode. Shows that cannot be played will have a lighter grey text. Shows viewable will be displayed in white text.

The Amazon Prime Video app will be added to Fetch mini boxes at Menu > Apps > Prime Video. The app lets you watch exclusive Amazon Originals, as well as popular TV shows and movies.

If you don’t have an Amazon Prime Video you can go to www.primevideo.com to sign up. Once signed up follow the flow for existing amazon prime video subscribers.

How to get this new Software update:

Q. Can I use the 24 hour reverse mode on Free To Air (FTA)?
A. If you select a FTA show the box will take you to Catch Up app to watch. You will need to be signed into Catch Up to watch it.

Q. Will I lose anything due to Series Tag changing to Series Recording?
A. No. Fetch have only changed the name of the feature.

Q. I have a Gen 2 box, what can I do?
A. Please contact Optus to discuss your options for upgrading your Fetch box.

Fetch have a collection of 'How To" videos that can be found on this Dropbox page or these YouTube links:

How To - The Updated Fetch

How To - The New TV Guide

How To - Integrated Search

How To - Info Bar 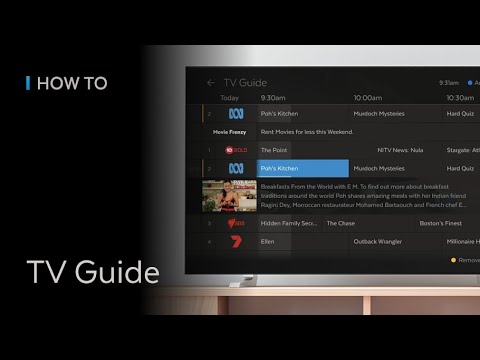 How To - The New TV Guide
youtu.be/l_obClGYSds
As part of our latest update we have made changes to how the Fetch TV Guide looks and works. There's an updated design, and loads of new features intended to...
1 Kudo
Reply
28 Replies

We've just updated this post with more information that has just come in.

You possibly have a Gen 2 Mighty box which doesn't get the 3.10 update. Or it hasn't hit your Gen 3 box yet but should soon.

Is there any way to go back to the previous format?

Really hate the new up date. TV guide is terrible and annoying. The information line at the bittom of the screen takes up a third of the screen. Is there any way to go back to the previous version?
4 Kudos
Reply

How do i get rid of the dark mode in the TV Guide....its bloody awful  and hard to read.

How is this an improvement. Have spent an hour trying to revert to the previous version. It’s horrible.
1 Kudo
Reply

Our suggestion would be to provide your feedback to Fetch directly. We have not been informed about a rollback option.

Why should we have to do that?

Optus should be following it up with FETCH, not us.

Since the update, I cannot access FTA ABC or SBS channels on Fetch Mini.  The software update has been uploaded OK.   How can I solve this problem please?